Our region is the closest in terms of geographic proximity to the North Sea wind farms, making it a unique and favourable operational base for all activities. We have the ambition to serve the entire offshore wind chain lifecycle and associated electrical infrastructure.

AYOP-members have all the expertise required in house.

The plans of the European Commission are likely to see the current offshore wind energy capacity increase five-fold by 2030. By 2050 there should be 25 times as many wind turbines in European waters as there are today according to the EU strategy for renewable energy at sea. Offshore wind energy is a crucial part of the European Green Deal, the masterplan designed to make European economies climate-neutral by 2050. To accelerate these ambitions, extra support measures were announced in the Fit for 55 Programme in 2021 and the REPowerEU programme in 2022.

Rising demand
The increased demand for sustainable energy for the energy transition has seen the goals for wind at sea in the Netherlands upgraded. The original goal of 11.5 GW wind at sea by 2030 was further increased in the route map 2030+ by 10.7 GW to a total of 21 GW. This is the equivalent of some 700 extra wind turbines on the North Sea, a stretch of water which offers the Netherlands the potential to significantly increase its sustainability. The extra goal for 2030 is only the beginning… To enable a climate-neutral society we will have to grow to over 72 GW in offshore wind by 2050. And that’s why the government is preparing a route map for 2040 and long-term vision for 2030-2050.

New turbines
In addition to the wind farms, production of new turbines is also increasing. The 36 turbines installed for our first offshore wind farm at sea, Egmond aan Zee, produce 3 MW each. Together they generate sustainable electricity for over 100,000 households. The Hollandse Kust wind farm will feature turbines of 11 MW each – nearly four times as much in a period of just over ten years. Energy generation is becoming increasingly efficient.

The Netherlands is switching to green power, which is increasingly generated in a sustainable way by wind turbines at sea. The construction of the future wind farms Hollandse Kust Noord, Zuid, West and IJmuiden Ver off the coast of our region will lead to a major influx of activities into the province of North Holland, as is shown by joint research by the ports of IJmuiden, Den Helder and Amsterdam and reviewed by TNO. Trainee Sustainability and Innovation Jesse Bruijnzeels of Port of Amsterdam was co-supervised by AYOP. His report, which can be downloaded here, did not take into account the new offshore wind ambitions, which will further increase the potential for the sector’s economic contribution.

Our region has already gained valuable experience with the first three offshore wind farms in the Netherlands – Egmond aan Zee, Prinses Amalia and Luchterduinen – and the construction of the Westermeerwind and Windpark Fryslân wind farms on the IJsselmeer lake.

CrossWind, a partnership between Shell and Eneco, will also commence construction of the Hollandse Kust Noord wind farm (759 MW) which will be operational in late 2023. The tenders for wind farm Hollandse Kust West (2 x 700 MW) are now open, and RVO will announce the winner in the third quarter of 2022. The tender for IJmuiden Ver (4 GW in parts) will start in 2023. The new wind farms Nederwiek and Lagelander for route map 2030+ are an extension of IJmuiden Ver.

AYOP members are already active in the installation and maintenance of existing wind farms off the coast and our region serves as the maintenance base for Hollandse Kust Zuid. In addition, a combination of companies from Velsen is supplying a significant number of cables for various European wind projects. The region has also developed an innovative system for safe and sustainable transfers from vessel to turbine. Moreover, work vessels that supply the wind farms can have their maintenance and a variety of modifications completed here. And that’s just a small percentage of our members’ products and services.

The 20+-fold increase of wind at sea off our coast and the 40-fold increase for route map 2030+ can only be realised if a number of crucial conditions are met, something which our region and members can certainly facilitate via: 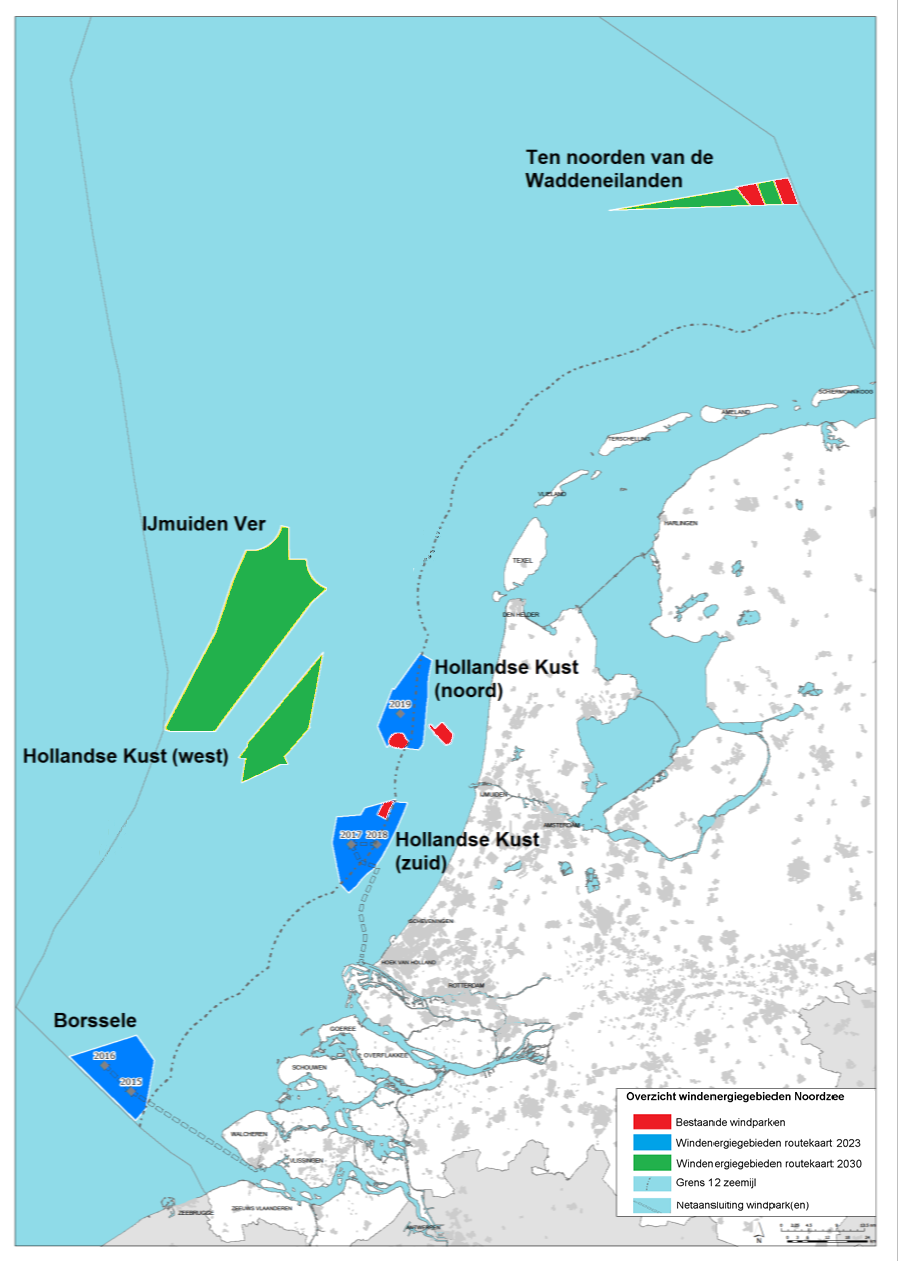 The Amsterdam-IJmuiden region also plays a major part in the logistics for the construction of wind farms in inland waters. Blades, towers, hubs; a wide range of wind turbine parts were transported to the construction site of the largest inland wind farm in the Netherlands, Windpark Fryslân, via the Amsterdam port. In October 2021 the final turbine entered the terminal of TMA Logistics in Amsterdam, and the wind farm is now completed. Port of Amsterdam and AYOP created the drone video below of the role of the North Sea Canal region in the logistic process.

As the fifth-largest wind farm installed from this region, Windpark Fryslân will generate some 1.5 terawatt-hours (1,500,000 MW) in power with 89 turbines. That’s equivalent to the consumption of some 500,000 households.

The Amsterdam-IJmuiden region has made a considerable contribution to the realisation of this largest inland water wind farm. It provides the tools and knowledge to facilitate the logistics, assembly and production of parts. In addition to the premises of TMA Logistics, various other locations in IJmuiden and Amsterdam can facilitate these activities as well. And with the delivery of the Energy Port  in IJmuiden in 2025, we will also be able to facilitate the installation of the future offshore wind farms off the North Sea coast.

Click on the links to see previously published interviews with some of the parties involved:

In the newsletters of RVO you can read all about the most recent developments.

“IJmuiden will soon be the most important O&M port for offshore wind, which is the perfect place for us. AYOP brings the entire network together, from customers to suppliers and partners.” 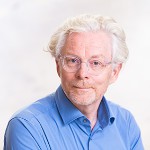 Geert Timmers
Managing Director, Deutsche Windtechnik
Deutsche Windtechnik
“The North Sea is a busy place with gas platforms being dismantled or reused and lots of activity related to communication cables and windmills. With significant expansion on the horizon in the years ahead our services will prove very useful.” 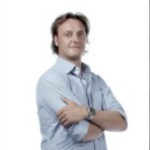 Jurgen Beerens
Commercial Director
Deep, Hydrography & Geophysics
“The IJmond region is the ‘green plug’ of the MRA. I see many opportunities for the Beverwijk business to continue working on sustainable economic growth and development via offshore wind. It is a very innovative sector with a job guarantee and enormous growth potential. We are pleased to work with AYOP to capitalize on these opportunities.” 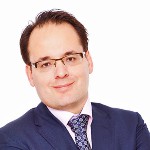